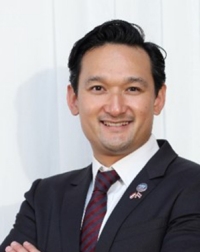 Nu has worked on all aspects of customs and trade issues, including valuation, classification, origin and customs procedures. Nu specializes in customs valuation, origin, tariff classification and has been involved in multiple customs optimisation projects during which he has advised companies in implementing customs duty savings opportunities such as unbundling royalty and license fee payments from the customs value, re-classification of products as well as Free Trade Agreement utilisation.

Since moving to Asia, Nu has specialized in the area of Free Trade Agreements around the Asian region, and has helped numerous companies in the tobacco, chemical, pharmaceutical and automotive industry to implement business structures that optimise the use of such agreements.

Before joining PwC in Asia in 2006, Nu worked as a customs consultant in Rotterdam, The Netherlands for more than five years. He focused on providing customs valuation, origin and classification advice to clients. He also assisted various clients in appeal procedures with Customs authorities and the Customs Court in The Netherlands.

Nu is currently the Chairman of the International Trade Committee of the Joint Foreign Chamber of Commerce in Thailand.

© 2014 - 2020 PwC. PricewaterhouseCoopers WMS Pte Ltd. All rights reserved. PwC refers to the PwC network and/or one or more of its member firms, each of which is a separate legal entity. Please see www.pwc.com/structureor further details.